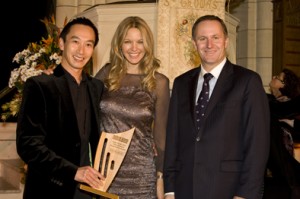 The Starship Foundation’s Children’s Hospital in Auckland, New Zealand has won the Prime Minister’s Supreme Award for its mobile phone recycling campaign which is based on the model used by the Jack & Jill Children’s Foundation here in Ireland.  Jonathan Irwin, CEO and Founder of Jack & Jill was instrumental in establishing this campaign in 2009 which is based on the Jack & Jill model of recycling.
New Zealanders donate their old mobiles, to raise money specifically for the aircraft used by Starship Children’s Hospital to bring sick children to hospital, with over NZ $750,000 raised already.
No tags.

Any cookies that may not be particularly necessary for the website to function and is used specifically to collect user personal data via analytics, ads, other embedded contents are termed as non-necessary cookies.

Performance cookies are used to understand and analyze the key performance indexes of the website which helps in delivering a better user experience for the visitors.