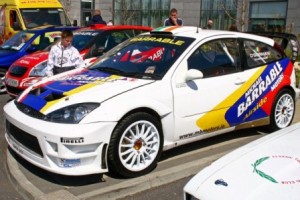 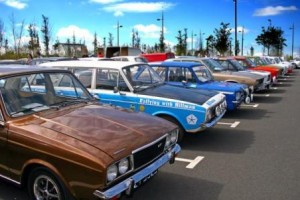 A big thank you to John Carroll, Joe Butler and all the ALMC team for nominating Jack & Jill as their charity for a second year in a row for the hugely impressive ALMC Motorshow.  The world of rallying, motorsport, motorcycles and performance cars were all well represented at a sun soaked City North Hotel on Sunday May 9th, at the second running of the hugely successful ALMC Motorshow in aid of Jack & Jill. A wide and varied selection of fabulous cars and motorbikes upwards of 200 were on display and in excess of €7,500 was raised for Jack & Jill – a welcome contribution in these difficult economic times. This year’s motorshow attracted over 5,000 visitors, doubling the number of visitors from the previous year.
“The number of visitors has doubled and we have more cars than last year and it is all in aid of the Jack & Jill Foundation, Everyone is a winner. Thank you to all those who have helped to put together this great event, in particular the organising team who have worked so hard to make it a success” said John Carroll ALMC chairman and show organizer.
The show cars started arriving by road and trailer on Saturday with the hard working ALMC team on hand to direct and oversee the placement of the country’s most spectacular and precious cars and bikes including pristine examples of Fiat Abarth, Lancia and Ford world rally cars, as well as performance marquees such as Ferrari, Porsche, Maserati and the much sought after Ariel Atom.  Entry to the Motorshow was once again free to all and provided an ideal opportunity for motoring enthusiasts and their families to get close to the famous big name cars while enjoying the facilities of the four star City North Hotel.