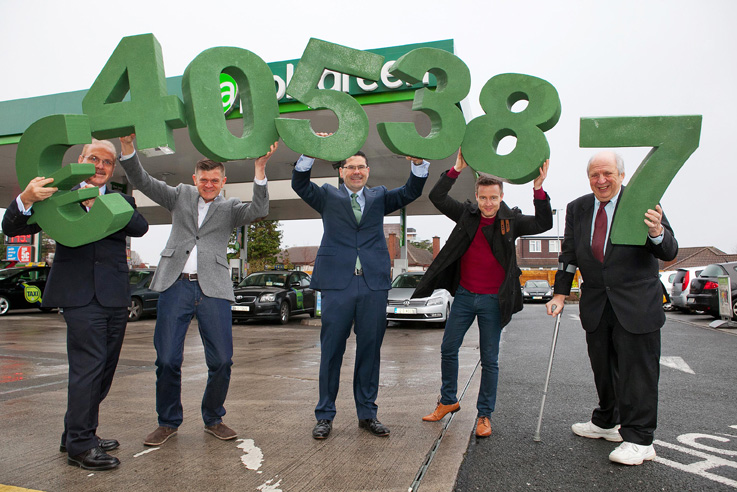 The Applegreen Charitable Fund, now in its 5th year, concludes another exciting chapter by donating €405,387.12 to be split between its charity partners The Jack & Jill Children’s Foundation and Console. The total amount raised is 59% higher than the target set for this two year charity drive involving Applegreen’s customers and the Applegreen service stations nationwide. Today’s announcement brings the total amount donated by Applegreen to charity to date to €681.469.31, since the fund began.
Funds raised for the Jack & Jill Foundation and Console came from Applegreen’s 1 cent campaign, whereby 1 cent from every shop and shop and fuel transaction which was automatically added to the receipt with no additional cost to the customer. In addition, money also came from the charity boxes placed in all Applegreen Service Stations and a large number of charity site events organised by the staff in the service stations such as fun runs, car wash days and static cycles all in aid of the charity partners. 100% of all funds raised through this partnership have been utilised solely for the provision and development of Console services, which are available to the public nationally, free of charge and directly to Jack and Jill to fund home nursing care for children up to the age of four in every community in Ireland. The charity fund is managed by the Applegreen Charity Committee which consists of employees from all areas of the business from service stations to head office staff.
The Charitable Fund was set up in 2009 in order to ‘give back’ to the communities in which Applegreen operates and previous charity partners were GOAL & the Laura Lynn House to which Applegreen donated €276,082.39.
Joe Barrett, Chief Operations Officer with Applegreen said “This is an exciting time for the Applegreen Charitable Fund. The combined effort of customers and staff means that we can hand over a donation totalling €405,387.12 to two very worthy Irish charities to help them continue the great work they do. Now, looking forward to the next chapter of the fund with two new charities The Children’s Medical and Research Foundation at Our Lady’s Children’s Hospital Crumlin and Anam Cara we can only challenge ourselves, staff and customers alike to keep up the good work and commitment to raising funds for our new charity partners to the benefit of all.”
Adrian Giffney, Chairman of the Charity Committee said “This is an amazing achievement, little did we think two years ago we would have had such success and support from the community and the Applegreen estate to more than double our target, what a pleasure we as a committee have had working with Jack and Jill and Console. To realize the work these charities do and the effect it has on people’s lives it’s been a brilliant partnership.”
Jonathan Irwin, Founder & CEO of the Jack & Jill Children’s Foundation said “The partnership with Applegreen has been a phenomenal success and to receive funds over €200k exceeds all our expectations and I want to sincerely thank Applegreen staff and customers for their generosity. To put the Applegreen donation in context – it funds 12,500 hours of vital home nursing care for children up to the age of 4 years old with severe disabilities and that’s a real gift of time for these children and their families up and down the country. On their behalf I say thank you for your kindness and friendship over the past 2 years, it means a huge amount to us. “
Paul Kelly founder and CEO of Console said “This vital support from Applegreen, its staff and customers, will make a huge difference to all those vulnerable people who come to us for help and support. Thanks to Applegreen an amazing amount of money has been raised. They have also helped to raise awareness getting Console’s message out to people who may be in crisis, or their concerned family and friends, that there is help available.” 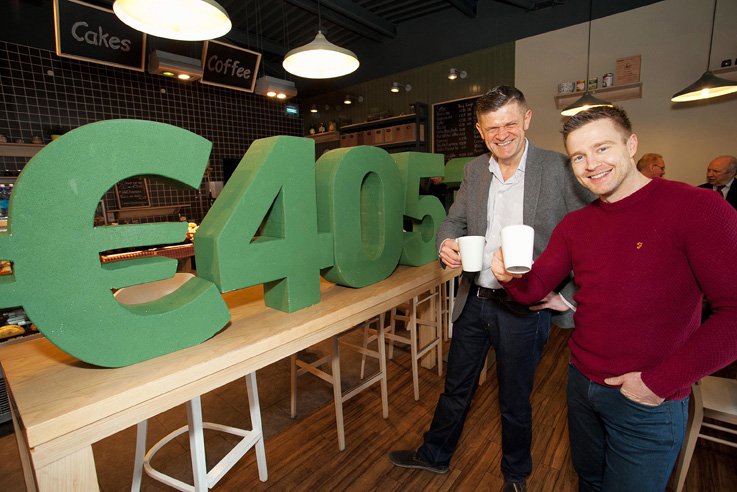 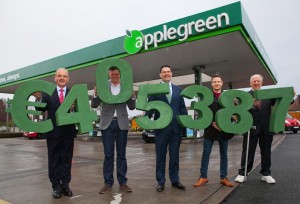