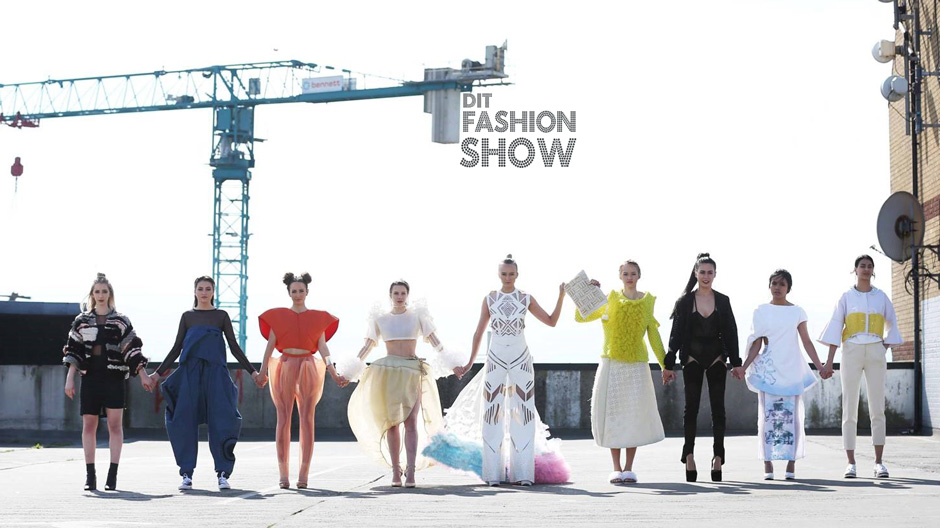 These top 9 designs were unveiled on 23rd March on Level 9 Rooftop at the Q Park, Stephen’s Green and a huge thank you to the students of DIT for choosing Jack & Jill as their charity partner again this year. The 9 dramatic student designs, all finalists at the student design competition at the DIT Fashion Show in Vicar Street on 19th April with tickets now available for €20 from eventbrite.ie, are:

The judging panel for the DIT student design competition is made up of Brendan Courtney, TV personality, designer and co-founder of Lennon Courtney and Founder of Frock Advisor; Umit Kutluk, the 2011 winner of this DIT design competition and now a well known and influential designer in the Irish fashion industry; Maria Fusco, well respected stylist, fashion designer and fashion show producer; Bairbre Power, fashion editor of the Irish Independent and Weekend Magazine.
The DIT Fashion Society, which organizes this annual show, is one of 80 societies in DIT which have over 6,000 student members. The societies place heavy emphasis on the management of, and participation in, productions and campaigns such as the DIT Fashion Show with a view to the practical education of the students involved. Full details from www.ditfashionshow.ie

A big thank you to everyone involved, and we are certainly giving the show a big Shout Out from Jack & Jill!