Jack & Jill were overwhelmed when the committee from the Maynooth Students for Charity presented us with a cheque for an unbelievable €151,007……. proceeds raised from all their hard work, dedication, and commitment into making the Galway cycle such a wonderful success year on year. 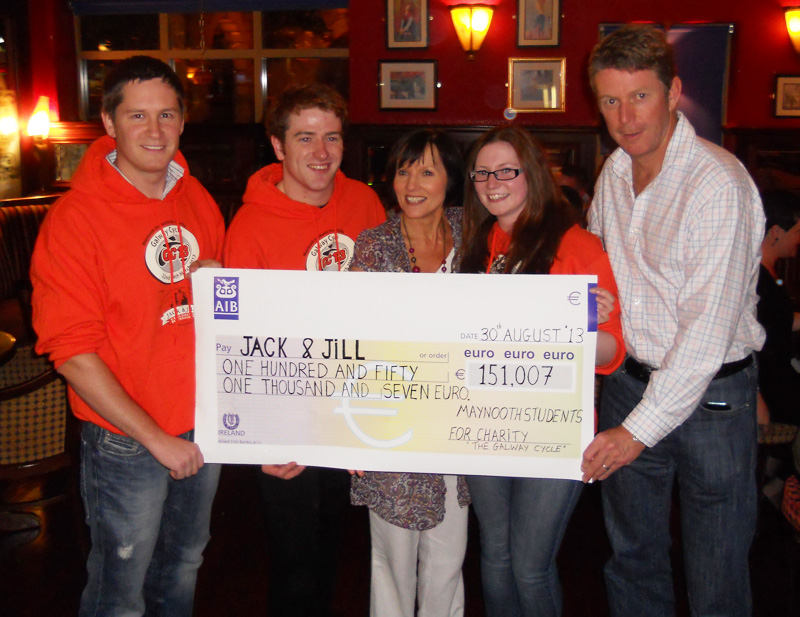 We cannot thank them enough and indeed each and everyone who joined the cycle to raise much needed funding for our sick children nationwide…… despite such horrific weather conditions this year, rain all the way to Galway and minus 3 headwinds on the return journey, a fantastic weekend was had by everyone with banter and fun a plenty on the streets of Galway.

It is not often that a charity gets an opportunity to be involved with such an iconic and well run fundraising event and it was a pleasure to be associated by such a motivated, determined, inspiring group of young people.
As a small thank you in recognition for their outstanding fundraising achievement Jack & Jill presented the Students with an egg from the recent Big Egg Hunt Campaign entitled “The Astronauts” created by artist Ruby Staunton which is located in the new Library of NUI on the South Campus. We wish the cycle continued success for the future and only hope we may one day be lucky enough to get an opportunity to be associated with The Galway Cycle again……. 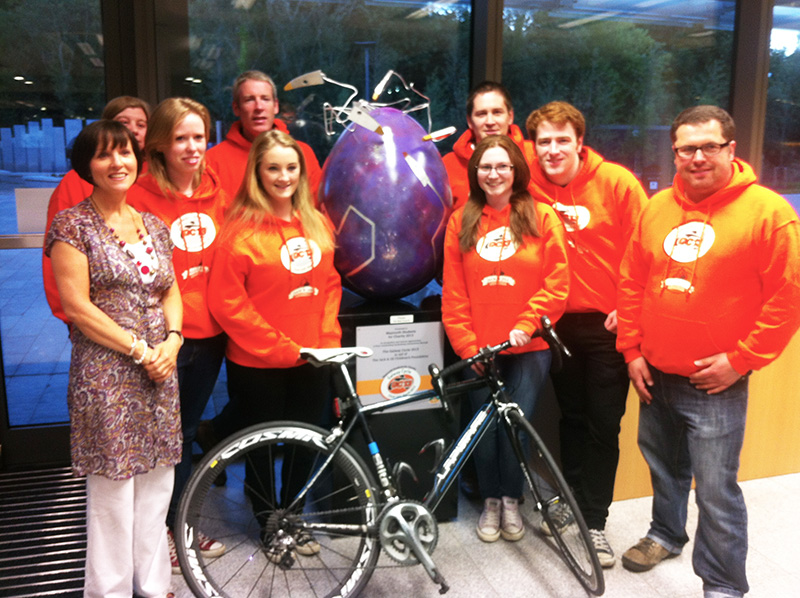