A special thank you to Tony & Jenny Reddy from Mohurry, Co Wexford. They have raised €3,500 by organizing a Sponsored Beard Shave for Jack and Jill Children’s Foundation in Jordan’s of Ballindaggin. Tony shaved off his beard for the first time in 43 years on the 21st April, 2012!
They decided to organize this event after their granddaughter Ayssa Kelly availed of the foundation’s help when she was diagnosed with mild cerebral palsy. “We wanted to give something back to the charity because they had been so good to Alyssa,” Jenny Reddy 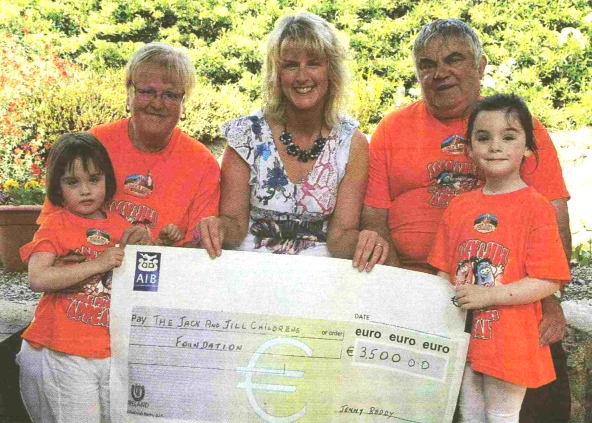 Cheque presentation on 27th May at The Thatch, Kiltealy with Alyssa and her twin sister Amber, Jenny, Tony and Joanne Doyle (Jack and Jill nurse)

Thank you so much for all your support.