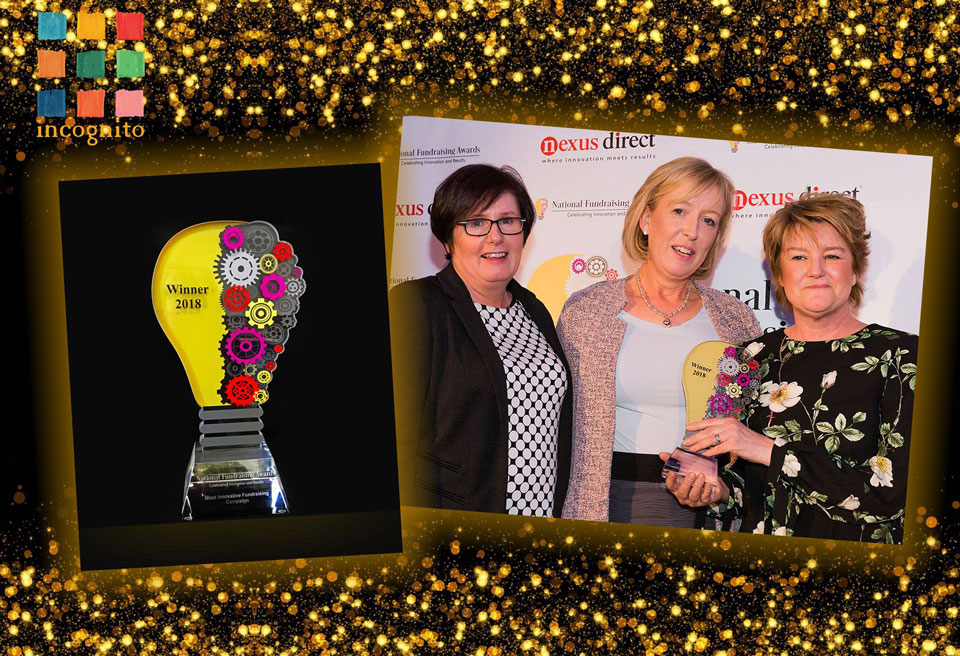 The Jack & Jill team including exhibition manager, Lucinda Hall, was delighted to take top honours at the recent National Fundraising Awards. INCOGNITO, our public art initiative, was recognised as the Most Innovative Fundraising Campaign at the national awards, whose objective is to reward innovation and give fundraisers a new platform to push the boundaries.
In 2017 and again in 2018 over 1000 Irish and international artists donated original miniature art pieces to the exhibition. The artist may be very well known or not so well known and the catch is that purchasers don’t know the name of the artist until they buy the art! In total almost 2000 works of art were submitted to INCOGNITO 2018 which is now coming to a successful conclusion.
There is still an opportunity to secure a unique piece of art on:
www.incognito.ie
(for a price of €50 each) or to place a bid starting at €10 (auction ends Monday 30th April 2018, 5pm)