On Friday 1st March the two co-founders of the Jack & Jill Children’s Foundation, Senator Mary-Ann O’Brien and Jonathan Irwin met with different Country Leaders in two sides of the world.
An Taoiseach Enda Kenny was in Lily O’Brien’s Chocolate Factory in Newbridge with Mary Ann to celebrate 21 years of Lily O’Brien’s and to mark the company’s sponsorship of The Big Egg Hunt in aid of the Jack & Jill. On the other side of the globe, same day, Jonathan, joined by Dan Murphy, Jack & Jill Board Member has met with New Zealand Prime Minister Rt. Hon John Key  to discuss the Mobile Phone Recycling Campaign based on Jack & Jill Model in New Zealand. 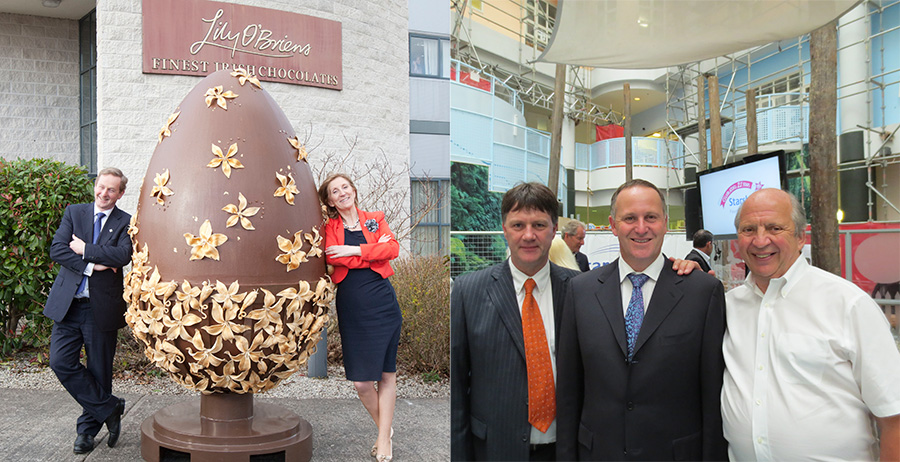