Jonathan Irwin call on Jack & Jill families and supporters to voice their opinion on the location of the new children’s hospital at St. James

Home Economic Report Jonathan Irwin call on Jack & Jill families and supporters to voice their opinion on the location of the new children’s hospital at St. James
NextPrevious

Jonathan Irwin call on Jack & Jill families and supporters to voice their opinion on the location of the new children’s hospital at St. James

Dear Parents and Supporters and Friends 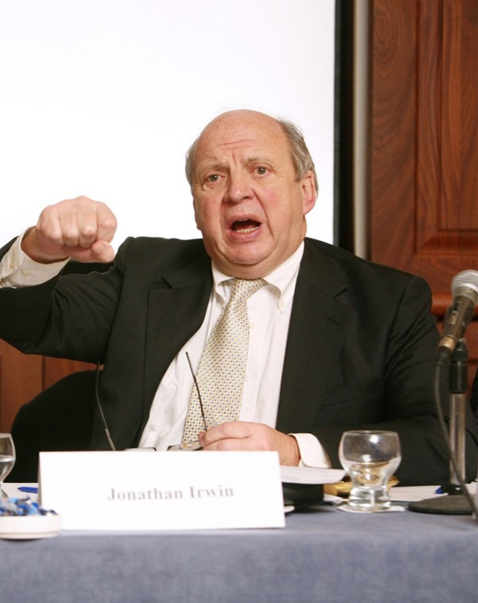 I wish to echo the concerns of John O’Leary and Rita Dempsey in the Irish Independent today with regard to the location of the new children’s hospital at St. James and to thank them for speaking up. [read article: www.independent.ie/fury-at-decision-to-push-on-with-new-childrens-hospital ]
Standing by quietly while the new children’s hospital is condemned to the wrong location in St. James is not something I can do. Nor can you. This is not a fait accompli and it is never too late to say NO to the wrong decision.
I do however realize that for many of our families there is enough worry day in day out on their plate and thinking about a hospital that won’t be built until 2018 is not yet on their radar. I would urge you now though to take 5 minutes out to think about this location at James Hospital and what it would mean for you and your family. Our silence in Ireland is often misinterpreted as agreement and we can’t let that happen.
I want to hear your views by email to [email protected]; by phone to 045894538 or by posting your comments here or on Jack & Jill Facebook Page, so that we can get a real conversation going about this serious issue that has serious ramifications for children into the future. This argument is far from over. And we just want to get you in on the conversation to give our children a Voice.
I have done my homework and read the Dolphin Report and can tell you that the only point in favour of St. James is public transport (Luas). As we know too well 92% of sick children arrive by car and Luas is just not an option for our Jack & Jill children. I would also remind you that McKinsey (another consultant connected to this project and there is no shortage of expensive consultants on this) did NOT insist on co-location. In fact, there is very little connection between and Adult Hospital and Children. It is much more important for a children’s hospital to be co located with a maternity hospital.
The ideal site for next 100 years is Blanchardstown on the M50 with unlimited land owned by State in sylvan surroundings. The Blanchardstown proposal provides a health campus of international reputation including a Children’s Hospital, Maternity Hospital and eventually a tertiary Adult Hospital. I’ve seen the plans and I can’t for the life of me understand why it didn’t get the vote. This would be something each one of us could be proud of for generations to come.
As John and Rita say today in the Indo, the major problems at James are access, lack of space to expand, parking and security for staff. By international standards (Colorado, Melbourne & Boston) the James’ Campus would require 5,600 parking spaces – so they are 3,600 short. Barring staff from parking on site is just shifting the problem of parking congestion somewhere else and expecting staff to walk late at night to their cars in the city centre is just not on. Things would be so much better in Blanchardstown with no shortage of parking and no shortage of space to expand.
Furthermore, the cost of excavating and bulldozing James just adds unnecessary costs – something this Government seems to be very good at. Just factor in possible asbestos and spoors from the earth under the James’ Campus that has hosted sewer pipes and we’re talking major delays and major additional costs.
We expect that An Bord Plenala will put a halt to St. James march in 2015 and meanwhile we continue to track the situation carefully and to build our case for Blanchardstown as the much Better Option for Jack & Jill families and beyond.
I look forward to hearing your views, good, bad and indifferent.
Yours sincerely