Dublin Airport is delighted to launch a new charity initiative whereby users of its short-term car park can opt to donate a percentage of their fee to charity!

The new ‘It makes cents to park here’ initiative hopes to raise a significant amount of funds for the DAA’s three charities of the year 2014. Five cent from ALL car park bookings for Block C of the Terminal 1 multi-storey car park, whether made in advance online or in person at the gate, will in future be donated to the DAA charity programme. 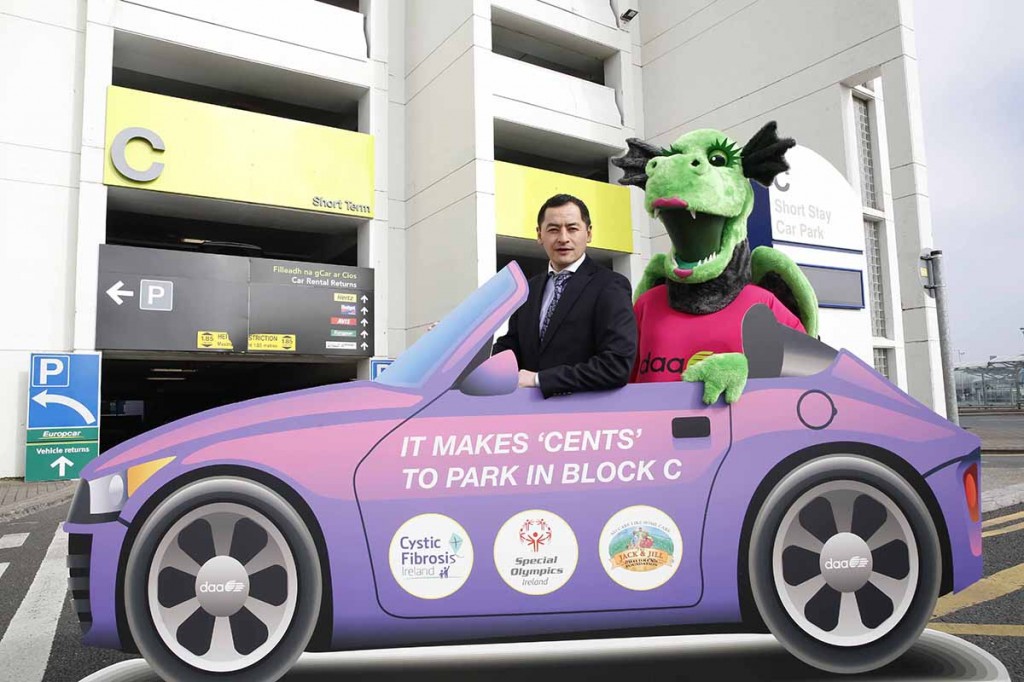 DAA staff nominated Cystic Fibrosis Ireland, Special Olympics Ireland and Jack & Jill Foundation as their chosen charities for 2014.
Siobhan O’Donnell, DAA charity chairperson, welcomed the initiative: “We’re thrilled that car park customers can now be a DAA charity champion by choosing to park in Block C of the T1 multi-storey car park.”
All money raised from customers who choose to park in Block C will be added to the funds raised by DAA Staff Charity and divided equally among the three worthy causes at the end of the year. In 2013, DAA staff raised more than €200,000 for Bee for Battens, Down Syndrome Ireland and the Make A Wish Foundation. In total, more than €1.3 million has been donated to nine Irish charities since the DAA charity programme began seven years ago.
Spaces in Block C can be booked in advance on www.dublinairport.com