Saturday 2nd of November nine friends ranging in age from four and a half to thirteen did a sponsored 5km cycle in Shinrone.

The idea for the sponsored cycle first germinated on the school bus when three best friends from St Cronan’s national school came up with the idea of doing a 5km sponsored cycle for charity and the charity they decided to choose was the Jack & Jill Children’s Foundation. 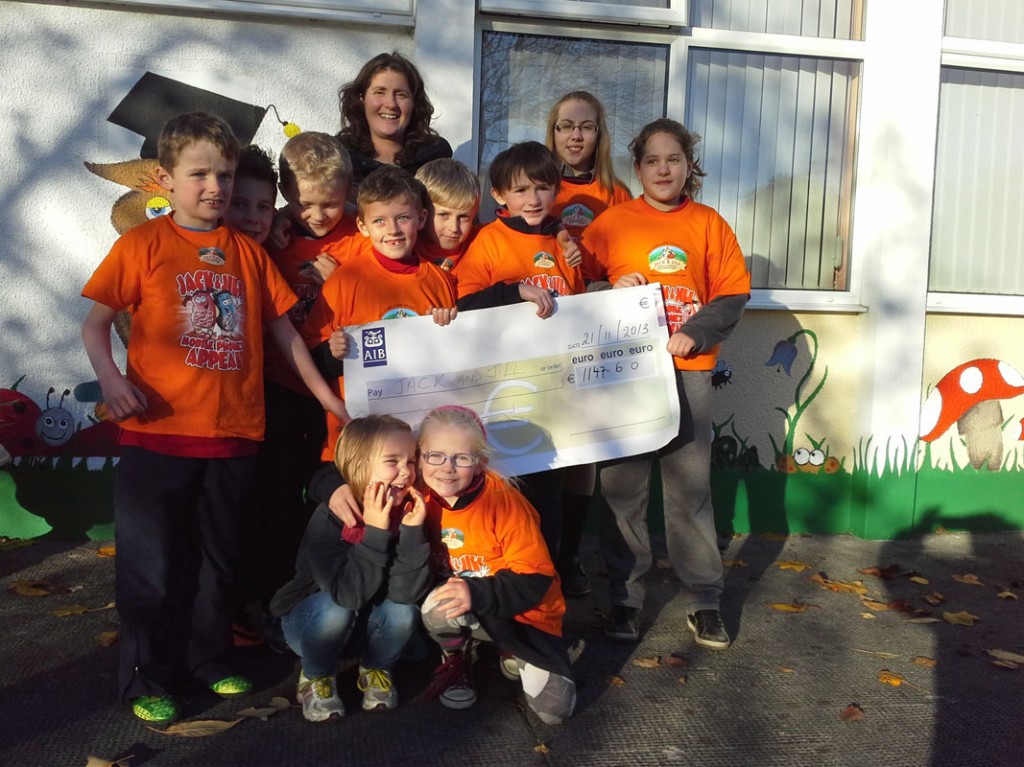 …So the boys aged 7 set forth with their idea and very quickly other friends from school and their neighbourhood wanted to come on board with helping to raise funds and do the 5km cycle also. They contacted the Gardai in Roscrea and then arranged with the Events Organiser in the Jack & Jill to send them on Sponsorship Cards, Posters, And T-shirts to help them get started . Then for the 6 weeks prior they went about collecting money from all who came within their path.
Finally, the day arrived and after all the fine autumnal weather we’ve been having Saturday the 2nd of November would have to be the most inclement day we’ve had this season with gale force winds and torrential rain but this did not put off the 9 eager cyclists and off they set completing the full 5km in 28 minutes.
Ben Atkinson, Adam Stanley, Jade Quinlan, Danny Benn, Alex Mooney, Libby Quinlan, Ben Talbot, Aisling Stanley and Ruby Benn would like to take this opportunity to thank all those who sponsored them with very generous donations, and also to the Gardai and to the very kind staff in AIB and finally to Rev Michael Johnston and all the parishioners of St Mary’s Church, Shinrone for their encouragement. A great day was had by parents, grandparents and friends & relatives and all who took part in this initiative for a very worthy cause.

Big thanks Adam and his friends who got together to raise money for Jack & Jill!