Ms. Ní Mhúrchú was there to collect the money raised from the sale of the schools 2015 cd. The children recorded a beautiful cd earlier this year and were accompanied by the brilliant Jimmy Crowley on two of the tracks.
Project coordinator Joe Hanafin had contacted The Jack & Jill Foundation setting a target of five thousand euro for the project. The cd was on sale through the school and at various shopping Centres in Cork City, Glanmire and Fermoy.

Mr. Hanafin was delighted to announce that the target was surpassed and with the help of the enthusiastic young singers presented Ms. Ní Mhurchú with a cheque for six thousand and thirty five euro.

Joe thanked Philip O’Brien, Noel Collins, Mrs Tara Buttler, all staff and the children of Scoil an Athar Tadhg for their hard work in the preparation and sale of the cd.
Accepting the cheque Eilín Ní Mhurchú expressed the gratitude of Jack & Jill, the sole beneficiaries of the cd. She told of the help provided by Jack & Jill to families all over Ireland. Eilín works with some very special children throughout County Cork. The €6035 would help provide nurse support to these wonderful children. The generous presentation will provide almost four hundred nursing hours and support to the families supported by Jack & Jill.
School principal, Dermot O’ Driscoll spoke of his pride in the whole school community. He praised the work of The Jack & Jill Foundation. 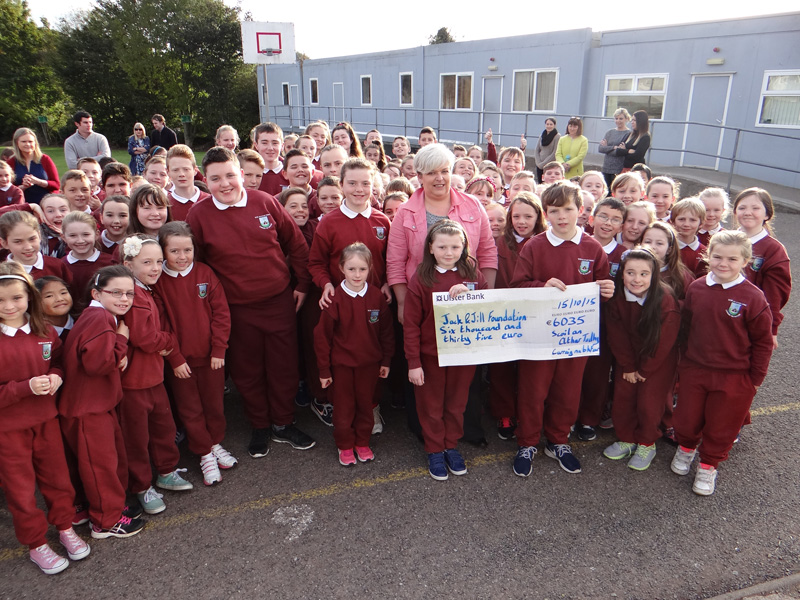 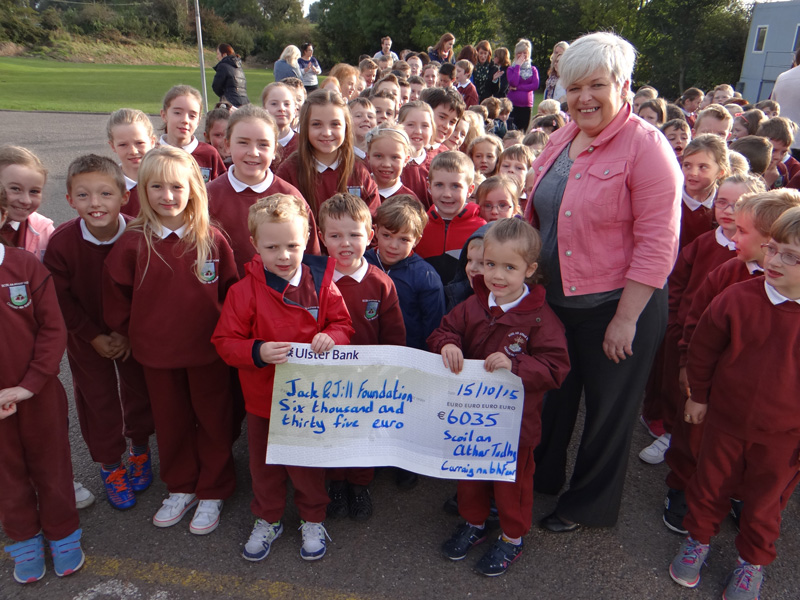 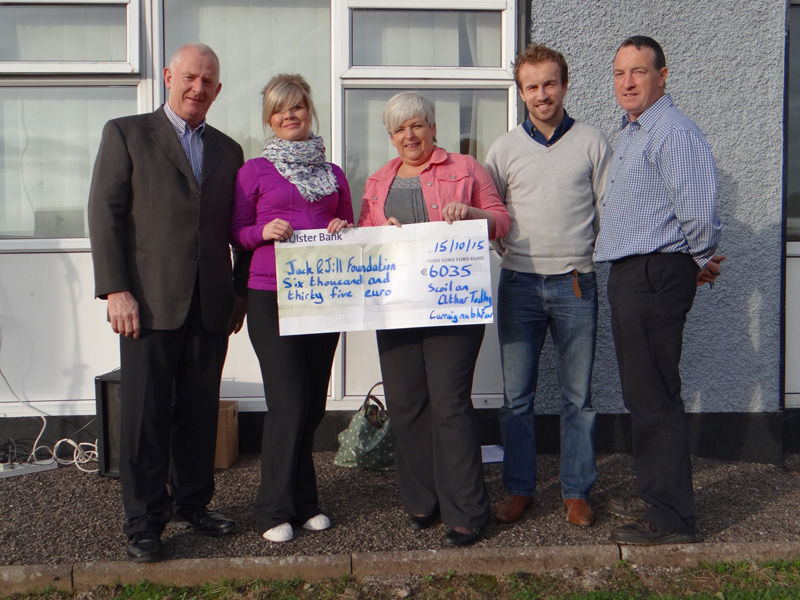 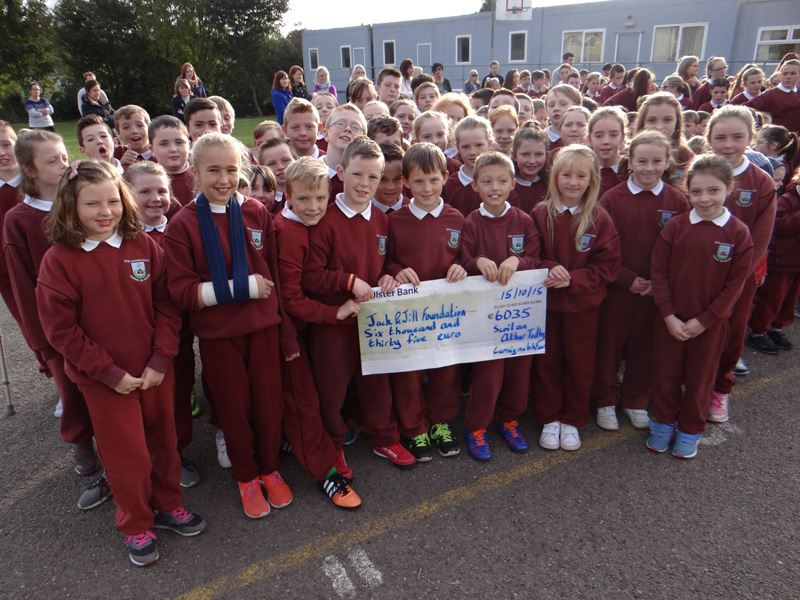 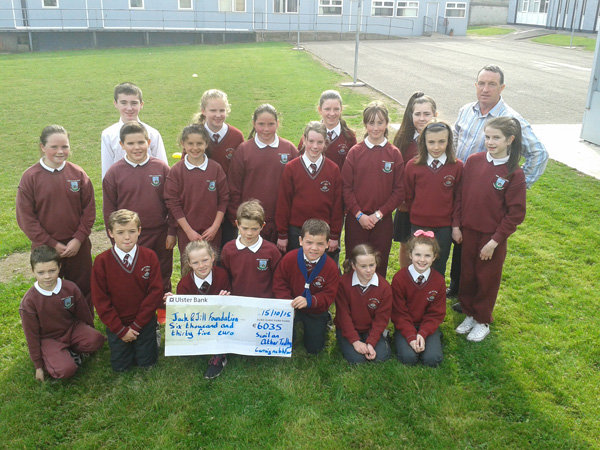 Joe Hanafin and some of the sales team