“Jack & Jill: The Story of Jonathan Irwin” now available in hardback at €16.99 in book stores nationwide and online including our webiste

Home Latest News “Jack & Jill: The Story of Jonathan Irwin” now available in hardback at €16.99 in book stores nationwide and online including our webiste
NextPrevious

“Jack & Jill: The Story of Jonathan Irwin” now available in hardback at €16.99 in book stores nationwide and online including our webiste

“A fascinating and heart-breaking story” according to Miriam O’Callaghan

Jonathan Irwin is best known as the man who, following the tragic death of his son at 22 months old, set up the Jack & Jill Children’s Foundation so that other parents would not have to go through the hardship his family did to nurse their sick child at home. His book “Jack & Jill: The Jonathan Irwin Story” is published by Mercier Press in hardback at €16.99 and is available in book stores nationwide and online on our website with proceeds going to the Jack & Jill Foundation, at a time when the charity if facing a shortfall in donations of €200,000 for 2014.
» BUY: “Jack & Jill: The Story of Jonathan Irwin”
Jonathan is an outspoken critic of the state’s lack of support for these families and most recently he has been heavily involved in the medical card debate, calling for automatic medical cards for children with life limiting and life threatening conditions in their own name, in their own right, with no means testing of their parents. In the last chapter of the book, Jonathan reveals his intention to get into politics, with a view to shaking up the status quo on medical cards, children’s rights, the new children’s hospital, caring for the carers and ensuring that the money follows the patient right into the home.
The book gives full details of the story behind the charity, Jonathan’s struggles to establish and maintain it and its ongoing fund-raising efforts. To date he has raised over €55 million for the charity and supported over 1800 sick children and their families from every community in Ireland.
What is less well-known is Jonathan’s intriguing background. He was very involved in the Irish horse-racing industry and ran Goffs bloodstock sales for many years, including at the time of the kidnapping of Shergar, which is detailed in the book. He was also involved in the early days of Ryanair and the book provides a fascinating insight into his relationship with Michael O’Leary, who had a very different vision from Jonathan as to where the company should go. He was also head of the Dublin Sports Council and was instrumental in bringing the Tour de France to Ireland for the first time in 1997. 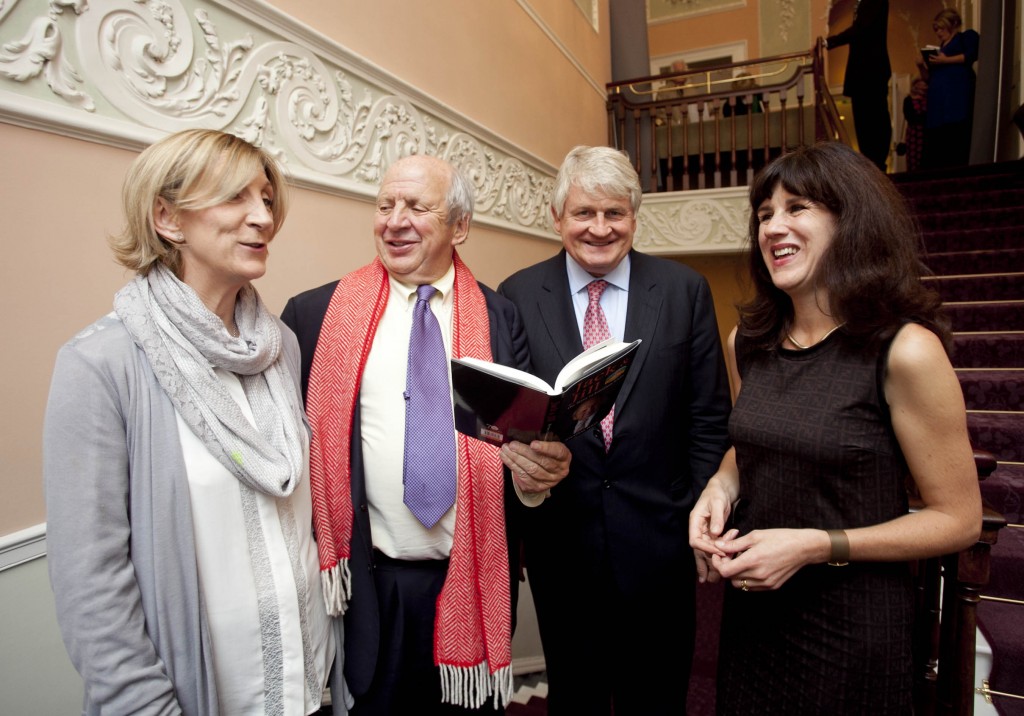